Peasant's Sense Is Common Sense (minus 2%) 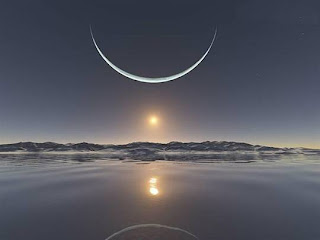 Peasants' Sense is the 99% "Common Sense"
that the 2% do not understand.

From Wikipedia: "The terms common people, the masses, or commoners denote a broad social division referring to regular people who are members of neither the nobility or the priesthood...Since the 20th century the term "common people" has been used in a more general sense to refer to typical members of society in contrast to highly privileged (in either wealth or influence)."

I challenge all Presidential Candidates to discuss the real problems of our national economy, starting with the prohibition of Industrial Hemp. This industry is capable of infusing our economy with hundreds of thousands of jobs, and billions of dollars. Whereas, the federal prohibition against it is actually costing us billions in annual cash potential and several million lost jobs.

“Hemp” and “cannabis” are the traditional names for what is now called “marijuana” or “pot.” It makes no sense at all to prohibit hemp, when The facts are that industrialized hemp:
Marijuana has never been proven to be a dangerous drug, but smoking it is legally dangerous according to the US Federal Government, which also has mandatory sentencing for it--all the way up to life imprisonment. But the non-toxic industrial hemp is also outlawed by the feds, who prohibit the 16 states that have laws allowing it. Why? Uh, only because it is related to the drug war.

Over 850,000 people last year were arrested in the USA for being caught with marijuana. This leads to astronomical costs for courts, police, citizen/taxpayers and our mental states about it. Meanwhile, experts estimate 70,000 tons of it are imported each year, as well as 70,000 tons also being grown here in the states. (All of it pot, not hemp—in a black market reaping billions annually)

Which is another lost-cost in our ailing economy -- not even allowing industrial hemp production for building materials, energy production, and food—potentially 100 times more profitable than pot. Obviously, using hermp for food, energy, and building would take us off the petroleum codependency, and not only create jobs, but infuse the economy with billions of dollars-- even if medicinal marijuana were still federally illegal. 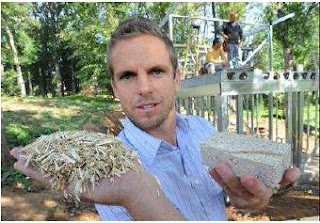 So, that is the first costly irrational argument: “industrial hemp is dangerous,” which is impossible to prove true since it involves non-thc plants in the first place.

But the government refuses to see ANY benefit from marijuana/hemp because the government makes money overtly and covertly on the never-ending “Drug War”.

In an economy like we have now, it is impractical to ignore the economic benefits that industrial hemp could provide. And then there are the environmental impacts of continuing the use of petroleum, coal, forest-products, animal-proteins, and poisonous pharmacopoeias.

The bottom-line is that Industrial hemp is vastly different from medical marijuana, and they should not be lumped together as illegal. Industrial hemp has no drug value whatsoever, thus it has no illegal use. So, why is it illegal?

Marijuana has never been proven to be a dangerous drug, but smoking it is legally dangerous according to the US Federal Government, which also has mandatory sentencing for it--all the way up to life imprisonment. But the non-toxic industrial hemp is also outlawed by the feds, who prohibit the 16 states that have laws allowing it. Why? Uh, only because it is related to the drug war.

If we paid attention to the real facts about Industrial Hemp, we would be providing thousands of jobs generating billions of dollars without polluting or going to war.

The Challenge: Let’s turn around our down-economy and create state-wide industrial hemp growing and processing systems that will put citizens needing jobs to work.

Our founding fathers; Thomas Jefferson, Ben Franklin, and George Washington wrote in their journals and letters about this wonderful plant. Jefferson encouraged the southern farmers to use hemp instead of tobacco on their plantations, writing them many letters about its benefits. He even sent his agents to China to steal hemp seeds. In fact, in colonial times it was a law that every farm had to grow 10% of their crops to be hemp. AND people could pay their taxes with hemp back then too!

Cannabis is the number 1 natural renewable resource on the planet, and has been used by humanity ever since the caveman.